Delicious and Cheap, how to eat while travelling on a budget

Part 1 - to be continued as we have many more pictures!

The key to eating well while not blowing all your money is to avoid tourist traps. Tourist traps are these restaurants that offer mediocare food in very touristy areas. They survive on the fact that tourists have no idea how much things cost and will pay way above market price for the area. They only need to get a few to make it all worthwhile. How does one identify a tourist trap? Well there are a number of things you can look for:

1) When you look at the clientele does it remind you too much of home? If you don't see any locals eating it's probably a tourist trap.
2) Is there a guy in a sombrero or a poncho or some other stereotypical garb standing in front of it inviting you in? Are there way too many flags in front of the place? If the local ethnicity is hyped up too much then it's most likely not trying to appeal to the locals. Think about it.
3) Is it very near or even in front of a major tourist attraction or hang out spot? I've rarely eaten a good meal in any of those areas.
4) Does everyone in the place speak fluid English and do they have English ONLY menus? self explanatory I think.

The best places are the ones a bit out of the way. The ones that look like someones home, that don't have an English menu at all, and that are packed full with locals even on a weekday.

There are also those rare restaurants where rules #1, #3 or #4 above do not apply because they are so good that they are popular with both locals and tourists (notice #2 always applies though). However those are generally not budget places, and much research is necessary to make sure you don't end up in a tourist trap where you pay premium price for crappy food.

I'm not saying we always follow the above rules, but generally when we stray, we end up regretting it. Here are some of the wonderful places we've eaten at and some of the lip smacking food.

Charlies in Tulum
I don't remember the exact prices but I don't think we ever spent more than $40 for a dinner here.

These photos are from breakfast. Yes, that is MELTED CHEESE in that bowl.... mmmmm 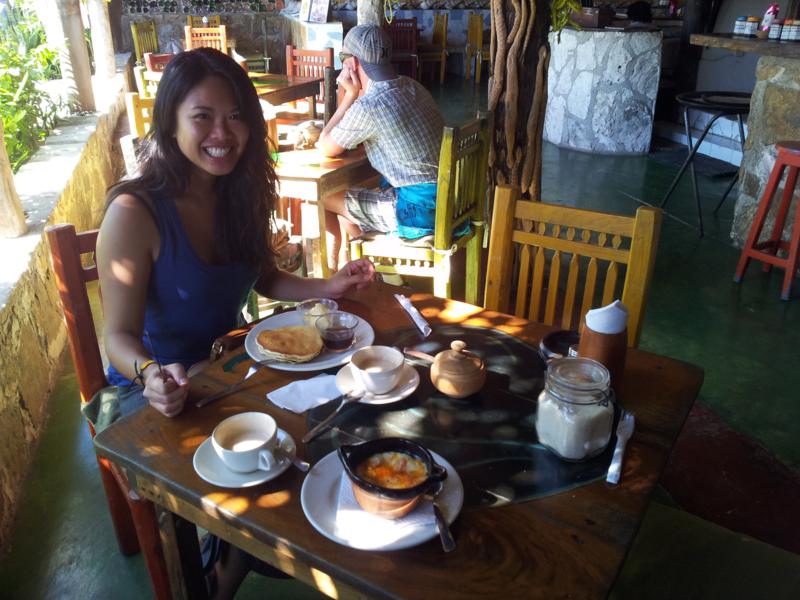 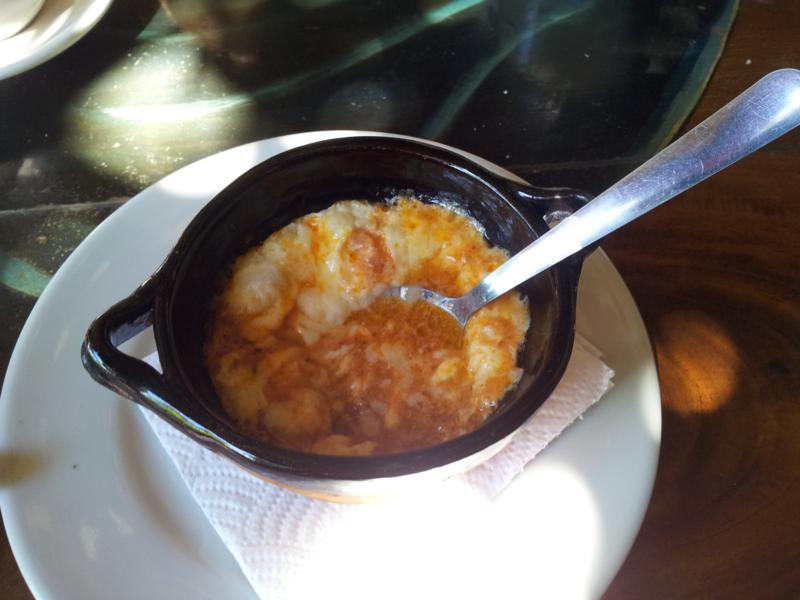 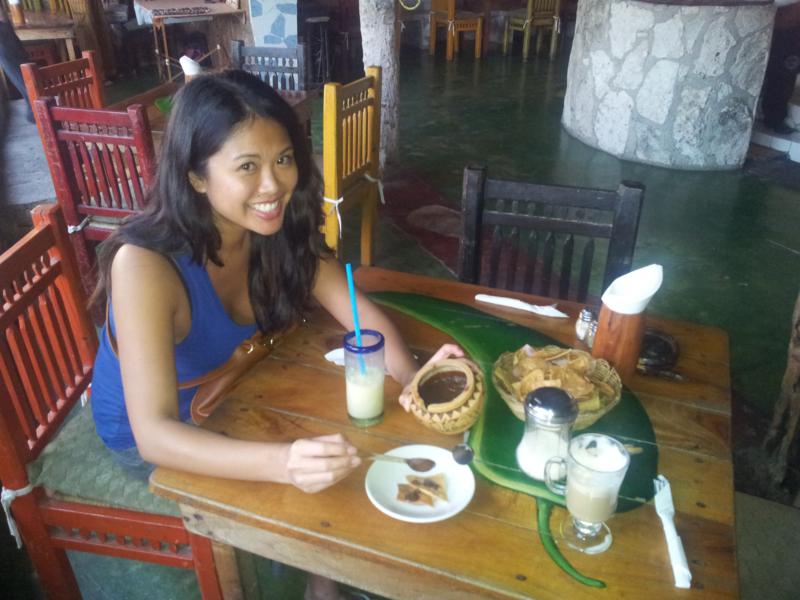 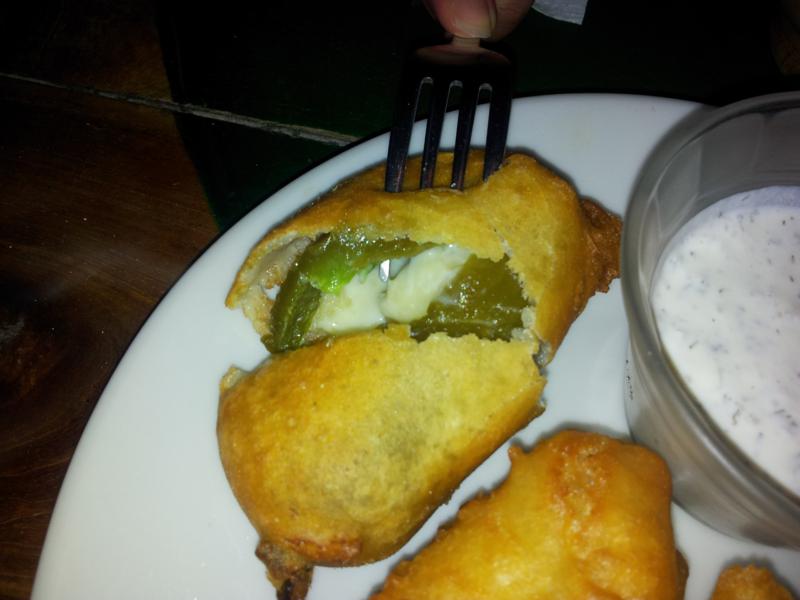 El Asadero in Tulum
This next place is called El Asadero and I think it was a bit more expensive (by that I mean $60 MAX for both of us, probably less though), however it was recommended by a local, and just look at the sauces and the beef tacos. OMG soo good makes me salivate looking at the pictures. Place was filled to the brim with locals on a Thursday evening. 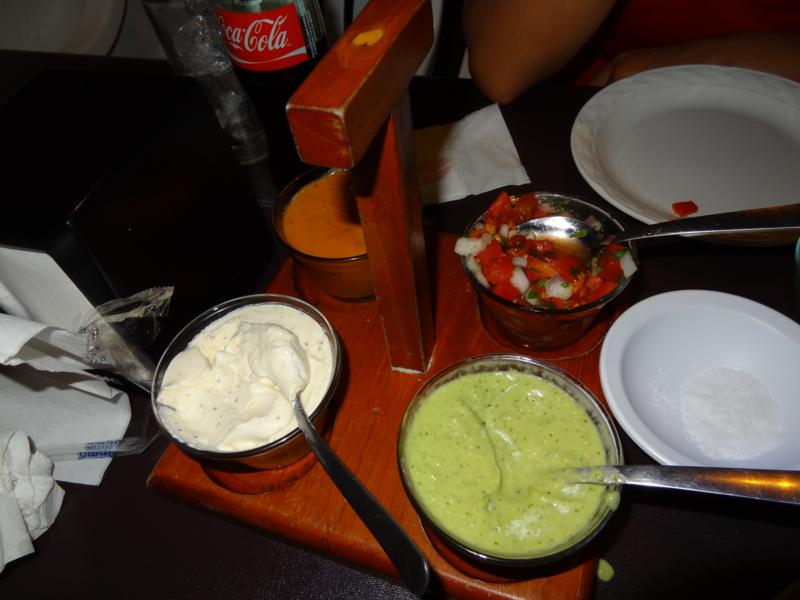 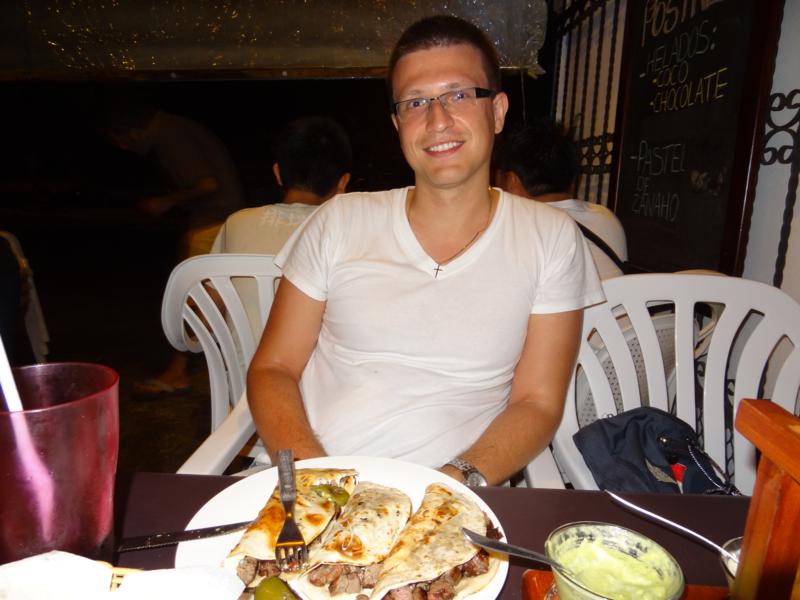 As if the tacos weren't enough. That's Chorizo with some more melted cheese. I think it was a combo of a bunch of different cheeses mmmmm 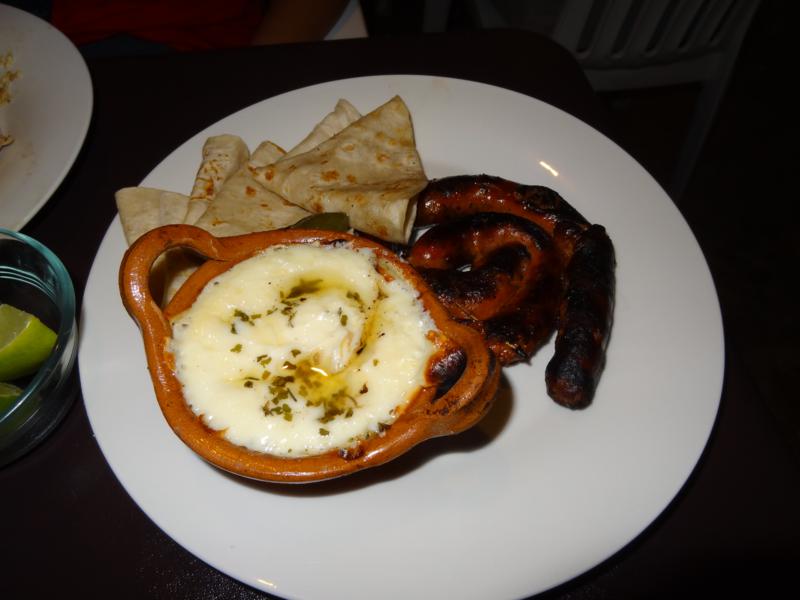 El Mirador in Flores
I'm not 100% sure of the name but this little place on top of the hill in Flores Guatemala, right by the basketball court, was absolutely amazing. It way out of the touristy area and it has a set lunch buffet where you get to pick 1 meat and a few other things. The cost was less than $10 for the BOTH of us. 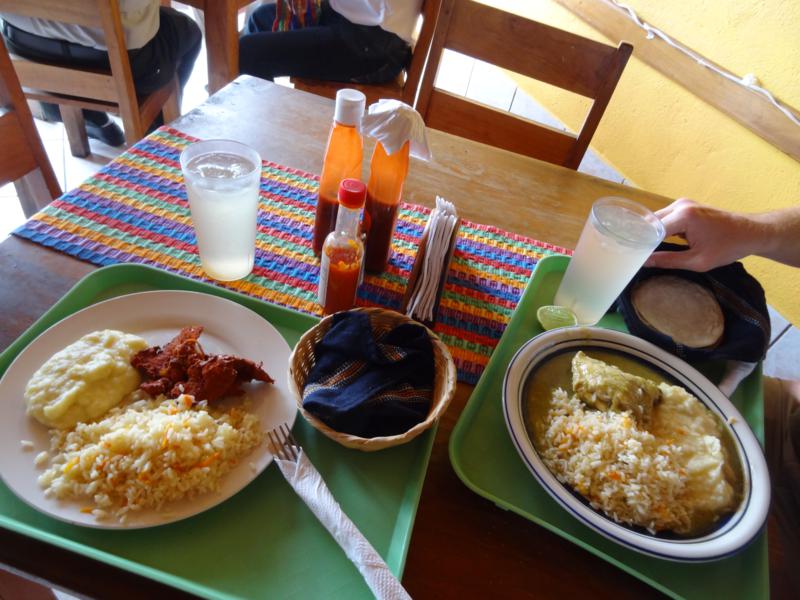 The next day we splurged and we went to a more upscale but very well reviewed (thanks TripAdvisor!) restaurant closer to the touristy area. The fish I got was amazing! They call it "Pescado Blanco" which translated to simply "White Fish" but its a local fish from the Peten Itza lake and its DELICIOUS. They stuff some types of leaves under the gills and then fry the crap out of it and it comes out super moist and delicious. The fish was 100 Q's or approx $13. 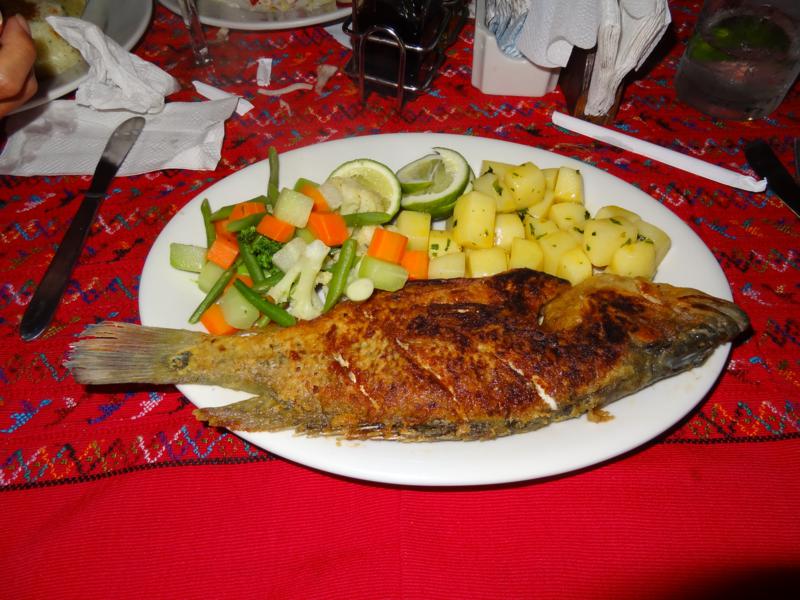 This was the ultimate cheap eats. We got this tasty chicken with like 3 different sauces on it and fries from a vendor at the local market for 5 Quetzales. That is less than 1 dollar! 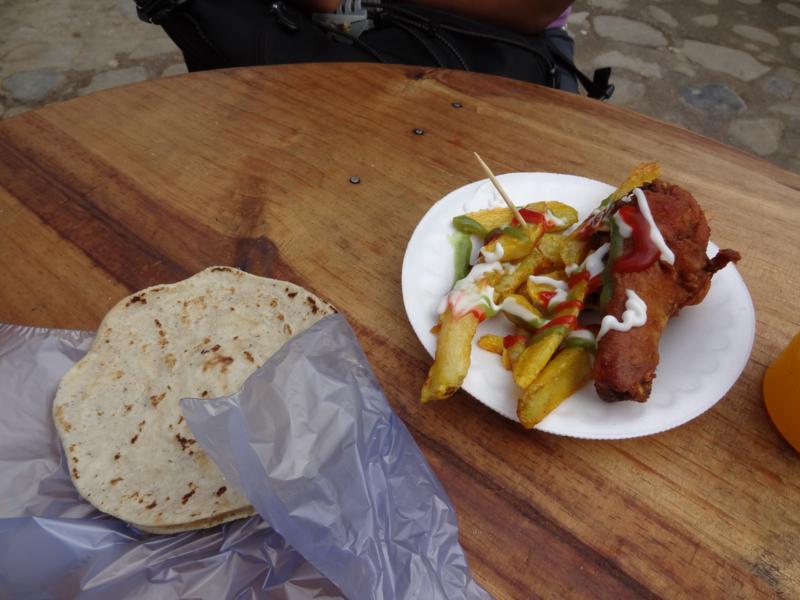 I do love posts about FOOOOOD

That food looks incredible! I was worried that with all your hiking, snorkeling, etc that you guys would waste away. My fears have been put to rest! I can see you're eating well!

HAHA Andrea! You're right -- we have not shed an ounce despite all the trekking and activities! And thanks to Dukoral, a vaccination you ingest to help fight cholera-related illness, we haven't had any bouts of stomach illness! However, once its effects expire at the end of 3 months we will probably waste away while we're in India (coincidentally that's when we will REALLY need Dukoral!)