Getting overwhelmed in New Delhi India

We were worried about the airport in Delhi because of horror stories from people who have been there but the arrival at the aiport in Delhi is now a relatively peaceful affair. I think it has something to do with the Indian government efforts to make the country more accessible and appealing to tourists. However, the second you get into a cab and leave the airport grounds the chaos begins. The deafening and CONSTANT sound of honking. The six lane highway where no one actually stays in a single lane. The pedestrians, tri-cycles, rickshaws, cows, children, elderly, goats and cars all intermingled together on a single road in one of the biggest cities in the world. No one pays any attention to silly things like traffic laws. There is extreme poverty all around you, with naked kids doing their business on the side of the road and tents setup near sewers, intermingled with some of the most ridiculous opulence you will find anywhere. There is dirt, exhaust fumes, flies and smell of urine everywhere. The whole experience of arriving in India is entirely overwhelming to the senses.

The driving in India is especially atrocious. In Latin America and other chaotic places in the world you will occasionally see 4 or 5 cars side by side in what technically are only 3 lanes. The difference in India is that the cars will drive weaving slowly lane to lane even if they are the only car on the road! They will drive on the wrong side of the highway (yes, I mean head-on) for no apparent reason other than they felt like it. They will stop their car in the middle of the busy highway to go pee on the side of the road instead of just pulling over and risk their own life as well as others. We saw all this actually happen during our 30 minute drive from the airport. It’s not chaos because of necessity anymore, its chaos for the sake of chaos!

When the cab driver arrived at the airport to pick us up he grabbed my bag and packed it inside the cab letting Kristine pack her own (don’t worry I helped). OK one freak incident right? Get to the hotel, same thing. The guy grabs my bags and runs upstairs leaving Kristine all alone with her bags. I carried her bag up and he got no tip. The restaurant we went to that night the waiter acts as if she doesn’t exist. It turns out this was our initiation into one of the most difficult to accept cultural peculiarities in India, the way they treat women. There was not a single woman working in any of the hotels we’ve been in. In fact there were very few women out and about during the day in Delhi and the Metro had separate Men and Women lines to get in and then separate Metro cars for Women. To be fair women were allowed to go to any of the cars, and some clearly more liberated ones went to the general cars, but the men were not allowed to go to the Women cars. Not sure if this is true but we’ve heard this was started because of abuses of Metro riding women in the past (ie. Groping).

The truth is that the first impression of India we got was not the most favourable but the good news is that it grows on you and there is just so much to offset the negatives. When we ventured out the next morning to see the Red Fort in Delhi we were surrounded by a stunning cultural mosaic. There were colors everywhere, different dresses, different customs and people from all walks of life. It was still chaotic and loud but I was now enjoying it and despite all the commotion not once did I feel unsafe. Whenever we looked lost someone would ask us where we were going and point us in the right direction. If we asked for help it was heartily offered and usually followed up with some questions about where we were from. People were genuinely warm and friendly.

When we got to the Red Fort it was absolutely packed with visiting Indian families. This was wonderful because it’s so nice to see people enjoying their own countries, but also because many of them were wearing traditional clothing. The kids looked so adorable wearing their Sarees, Kurtas and Sherwanis. I was a bit shy at first taking pictures until I realized that they were taking pictures of us! It turns out we were quite the attraction to the Indian families and shortly thereafter we trading pictures with wonderfully friendly people from all over India. We’re probably going to end up in a whole bunch of family portraits.

While walking around Delhi we also learned about how multi-cultural India really is. You pass by mosques, hindu temples, bahai temples, budhist places of workship, sikh temples and many others I was not able to recognize. It has to do with the incredibly colourful history of the region and a tradition of multi-culturalism and tolerance. It seems that India was already a true cultural mosaic way before that term entered the English vocabulary.

You can see some of the pictures from the day below or you can click on the link at the bottom of this blog entry to see even more pictures. 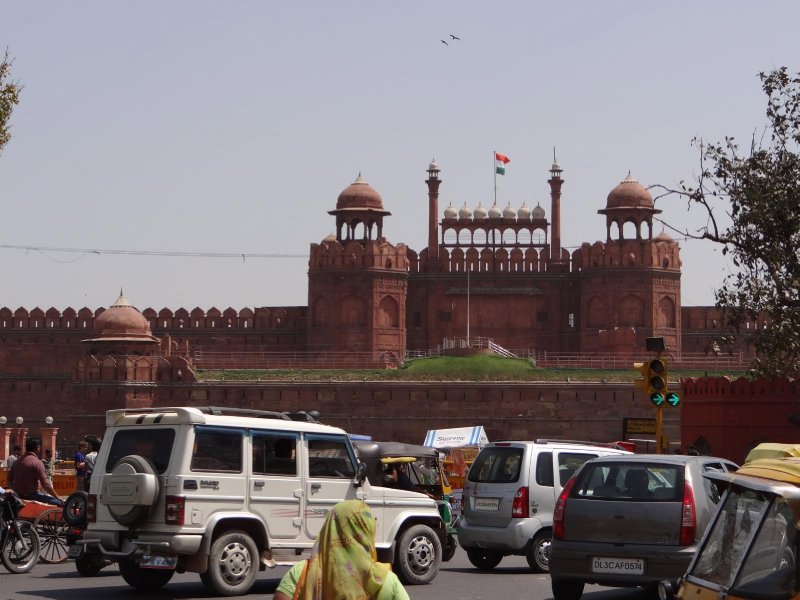 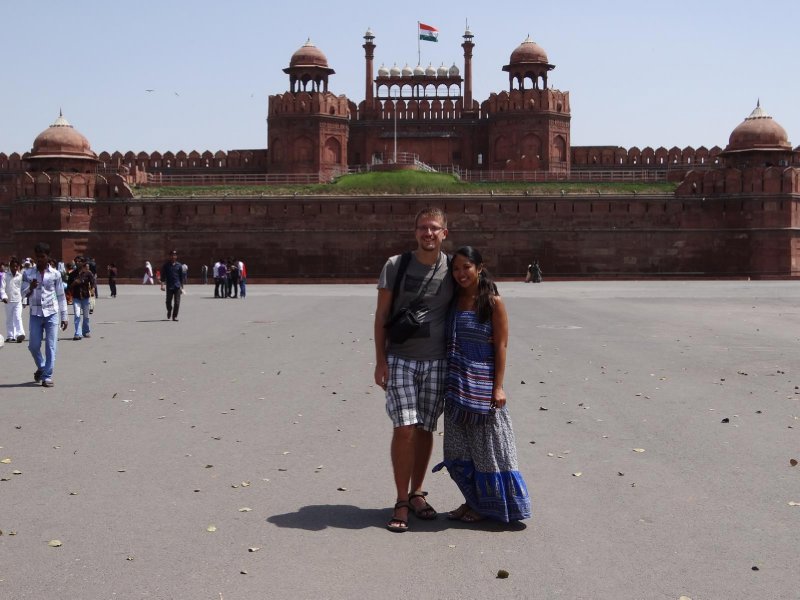 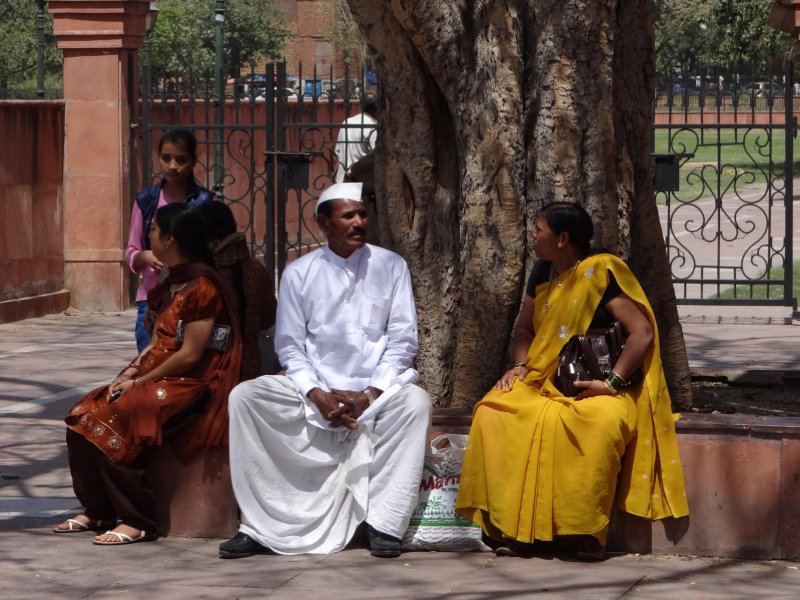 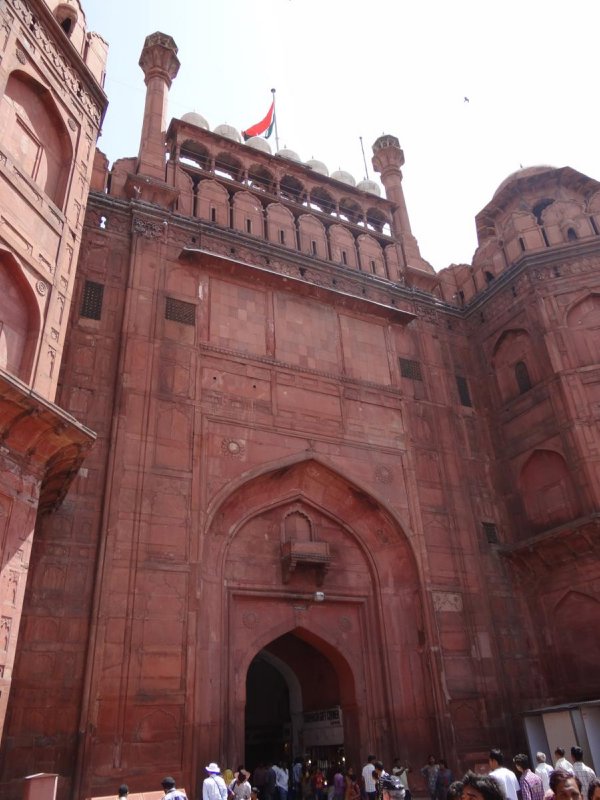 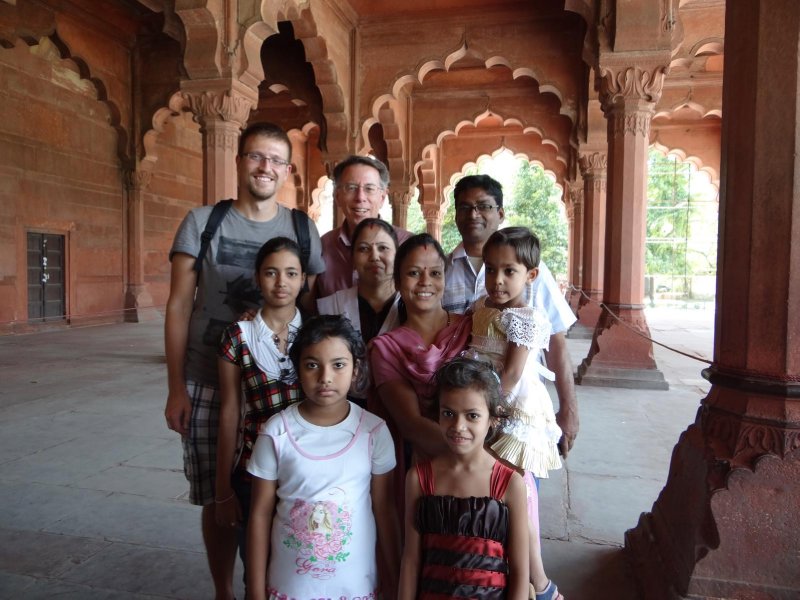 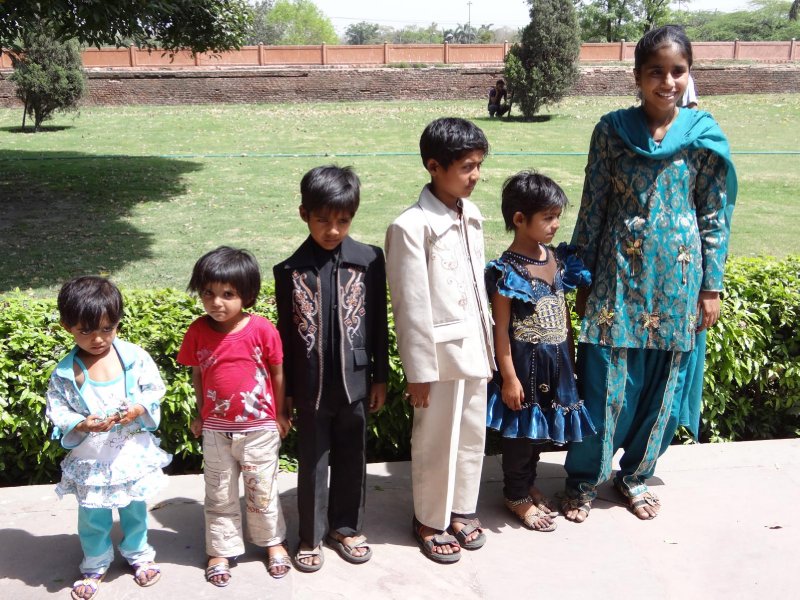 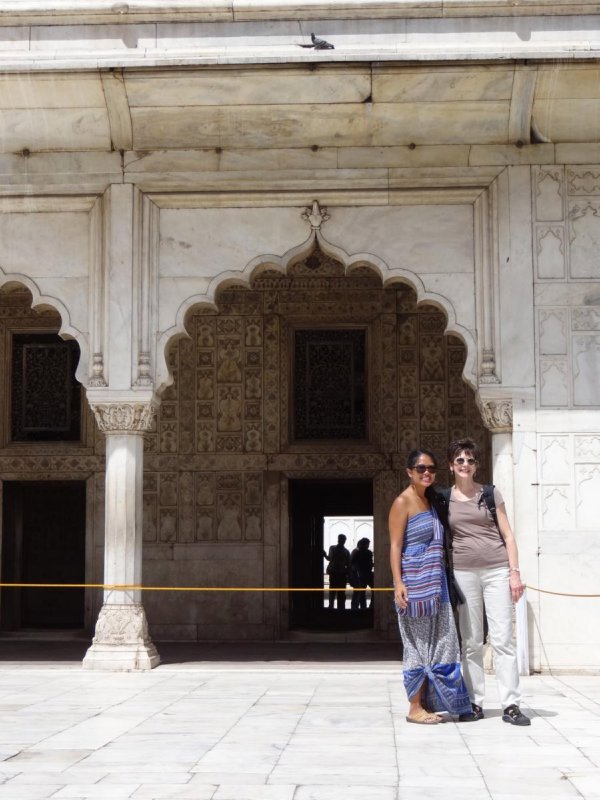 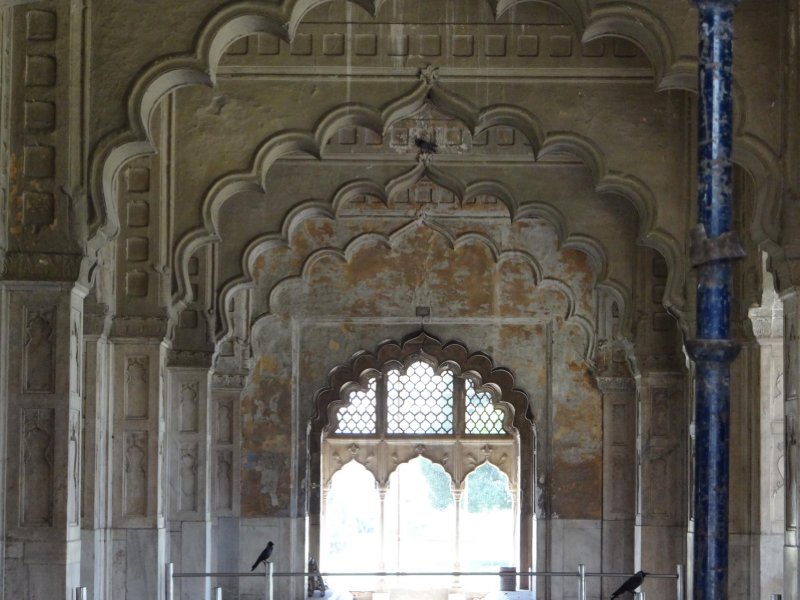 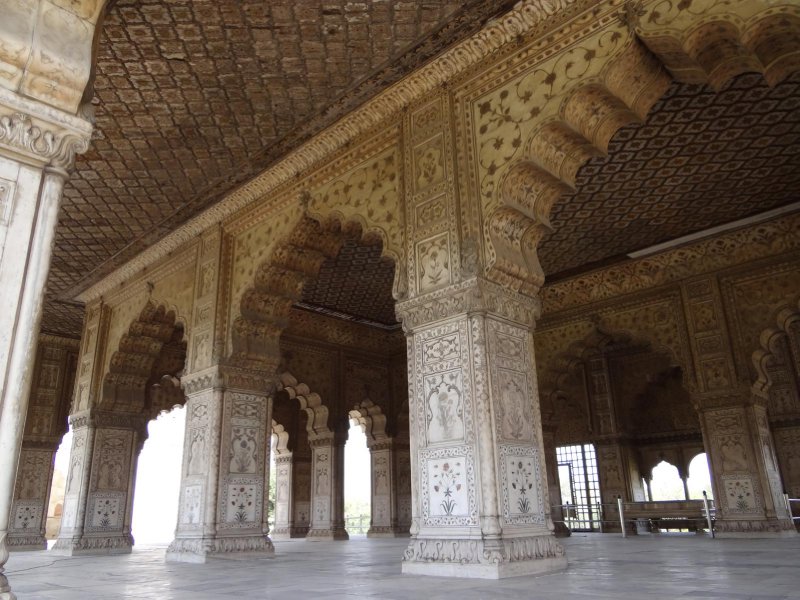 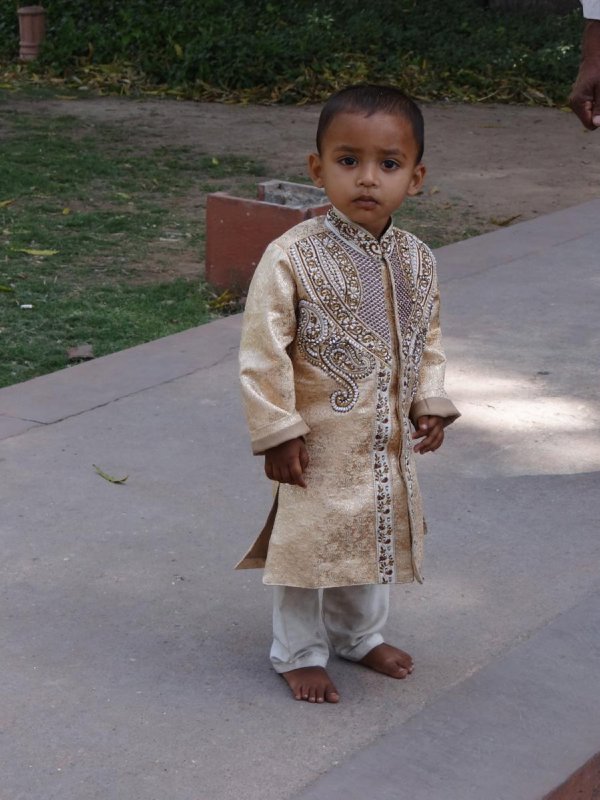 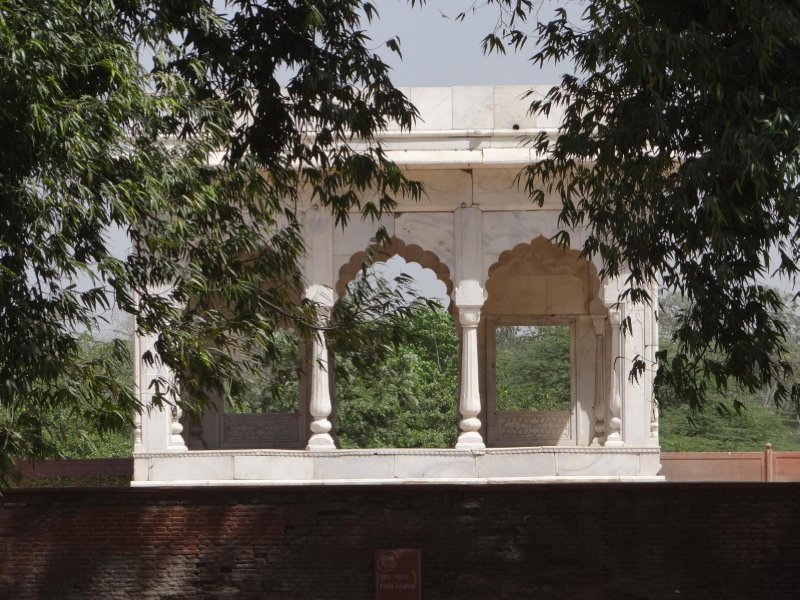 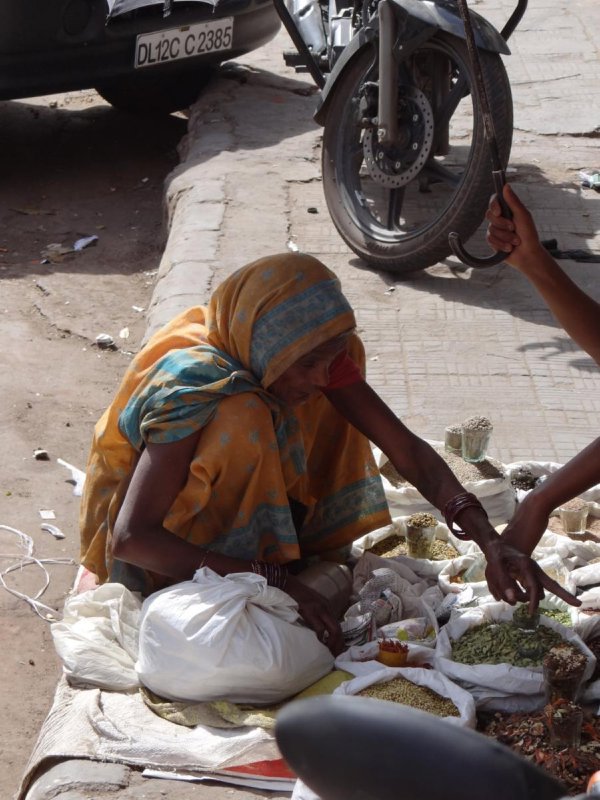 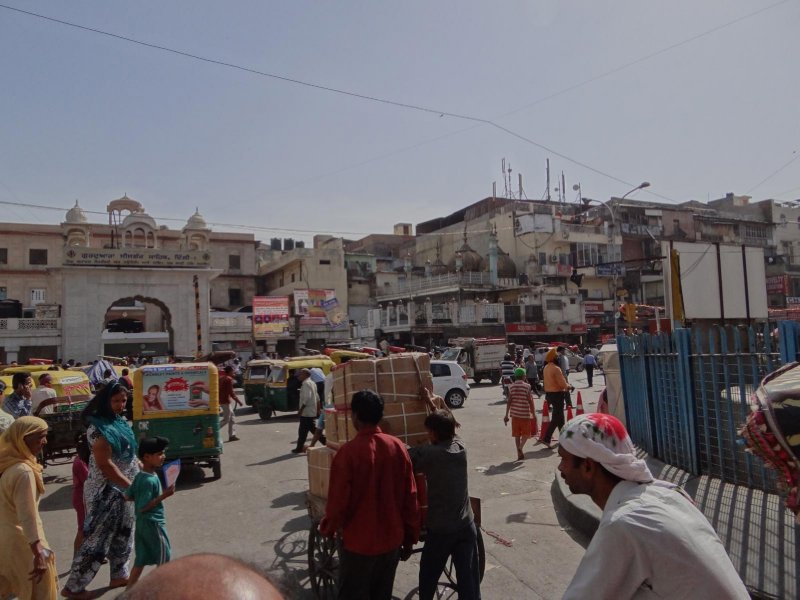 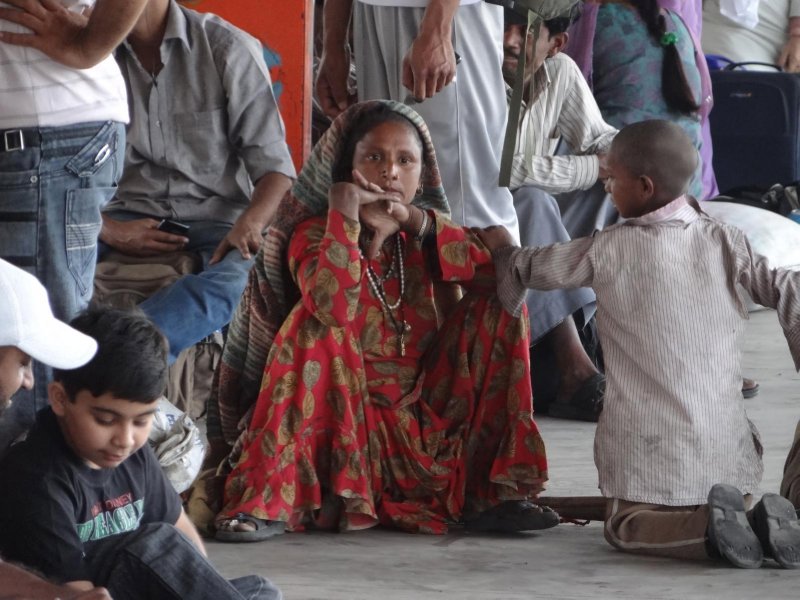 Posted by dariusz 05:20 Archived in India

So far my favourite entry! Kris - in addition to that pesky female condition of yours? is your filipino-ness" a problem in Delhi too?

Hey K! Actually, it hasn't been bad for me. However, a lot of white, female tourists we've met have had a pretty hard time in some instances (i.e. being groped on subways, lewd comments, lewd gestures, etc) One girl was even in the presence of her boyfriend! They all think I'm from China or Japan... most don't seem to know what The Philippines is anyway. Or they're curious about my "accent" :D

i was wondering how women were really treated, even as tourists. I do like the little kids in their outfits... so cute. Especially tha little boy.

its definitely more of a culture shock for women than men... its worst in the rural areas and in some smaller cities though... you'd be a bit annoyed at some things but wont have too much actual trouble in Delhi