Today is Christmas Day and in Antigua Guatemala that means the city is asleep until at least noon and it gives me plenty of time to add another blog entry. It turns out the Guatemalan's celebrate Christmas Eve by having a family meal at midnight which is then followed by Christmas gift giving. It's no surprise then that no one is really awake in the morning.

Click here to view a slideshow of the pictures on Picasa

Merry Christmas to all our Family and Friends!

Although we're away this Christmas, the love we feel from our family friends can be felt from across the continent!

Today we climbed an active Volcano which apparently erupted just this past May. You can still see the burned out corn fields and vegetation in the video and pictures. If I sound winded in the video its only because I ran to get ahead of Kristine to shoot the video... really... no other reason AT ALL 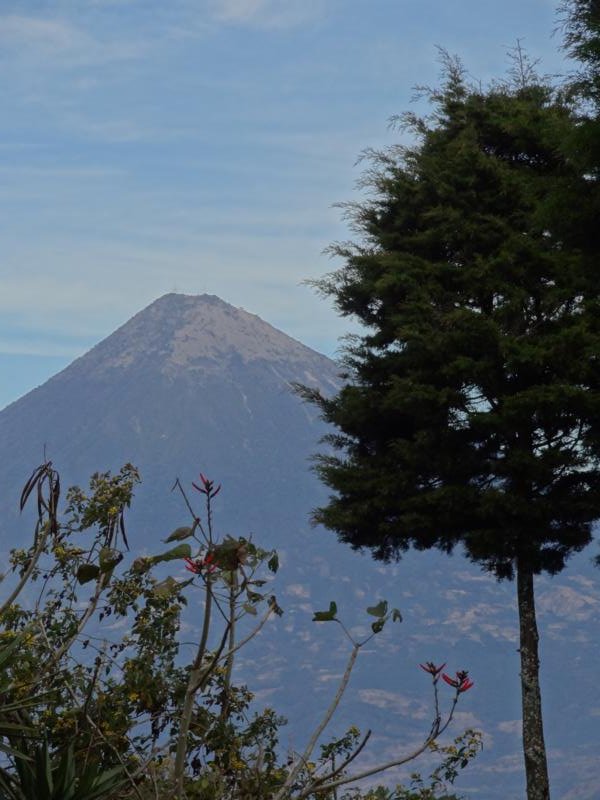 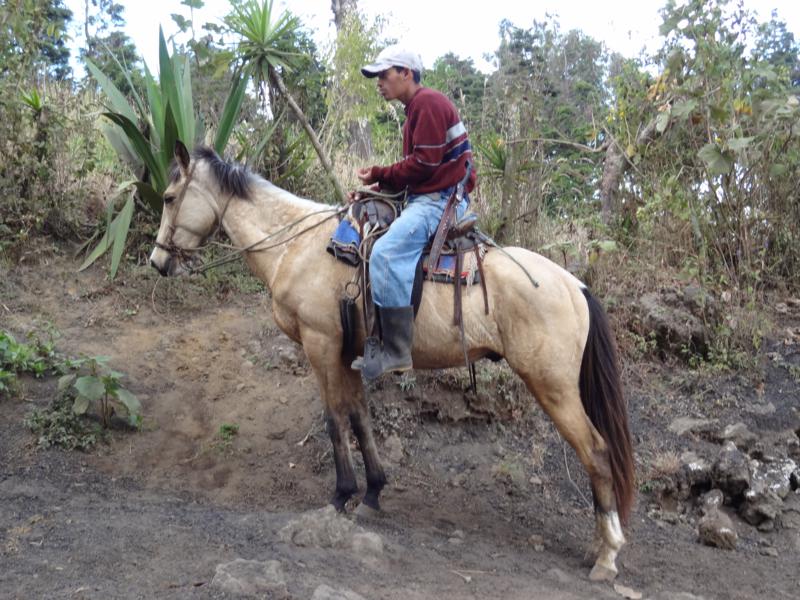 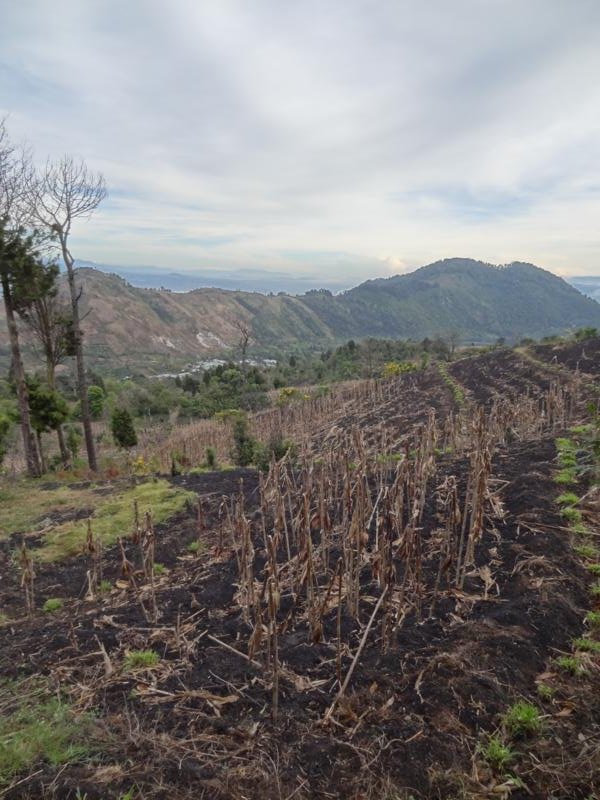 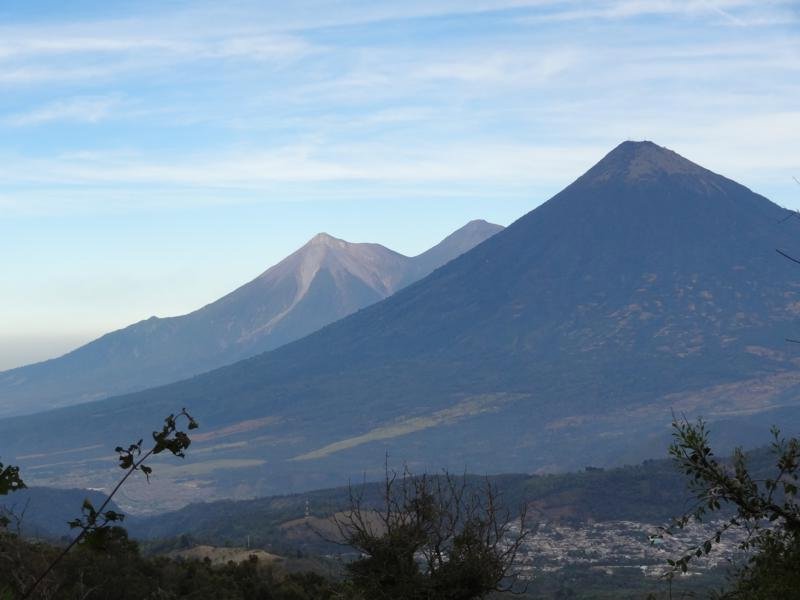 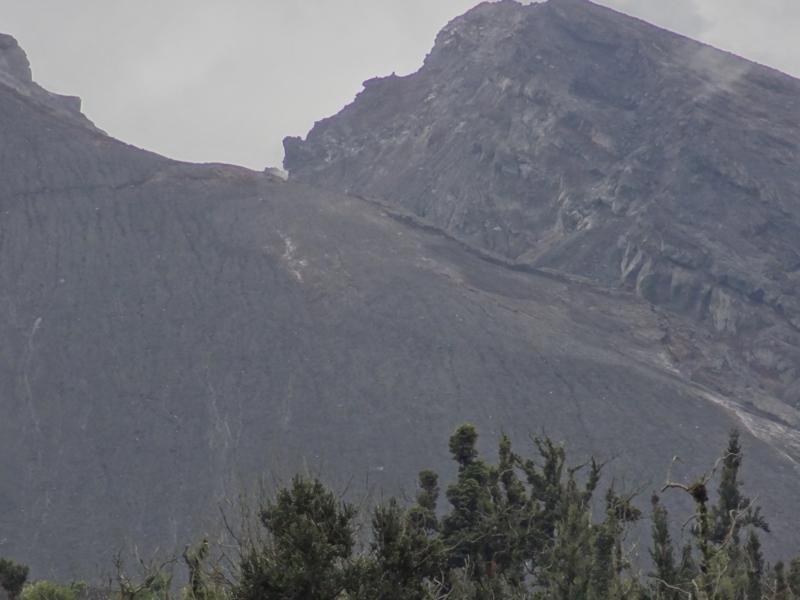 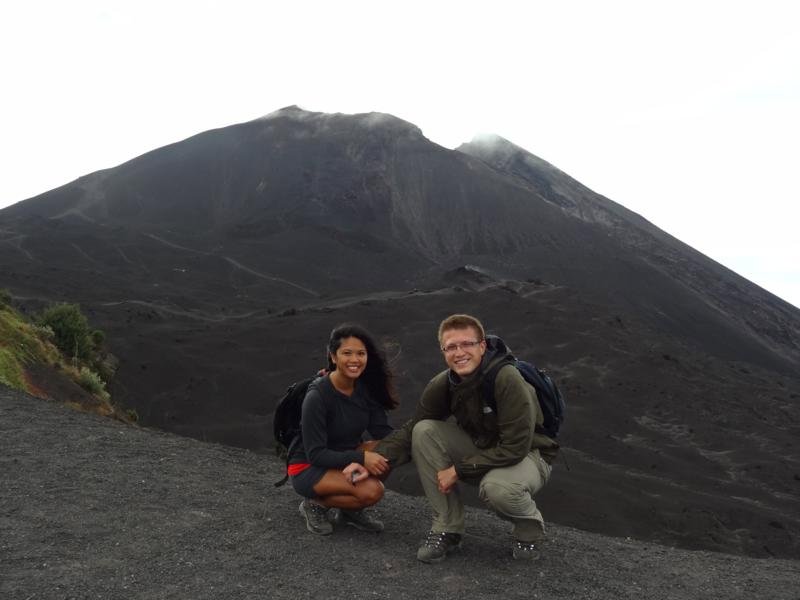 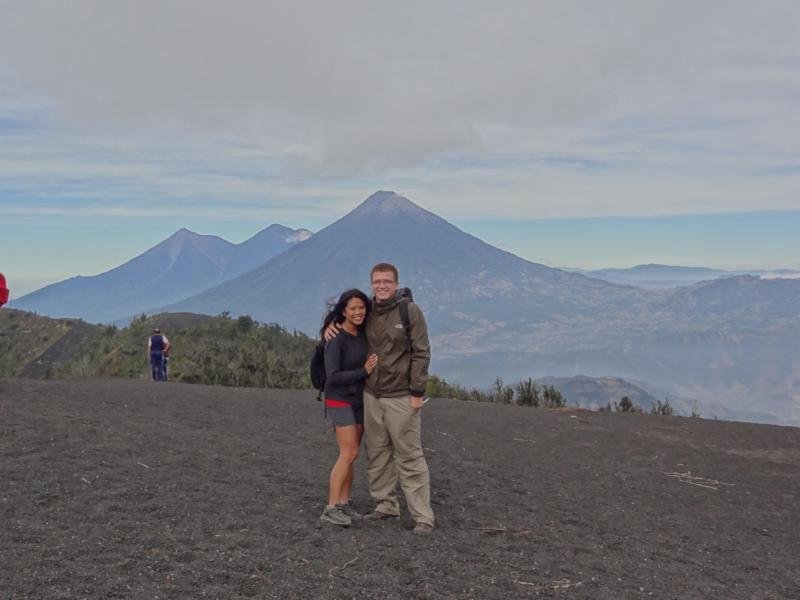 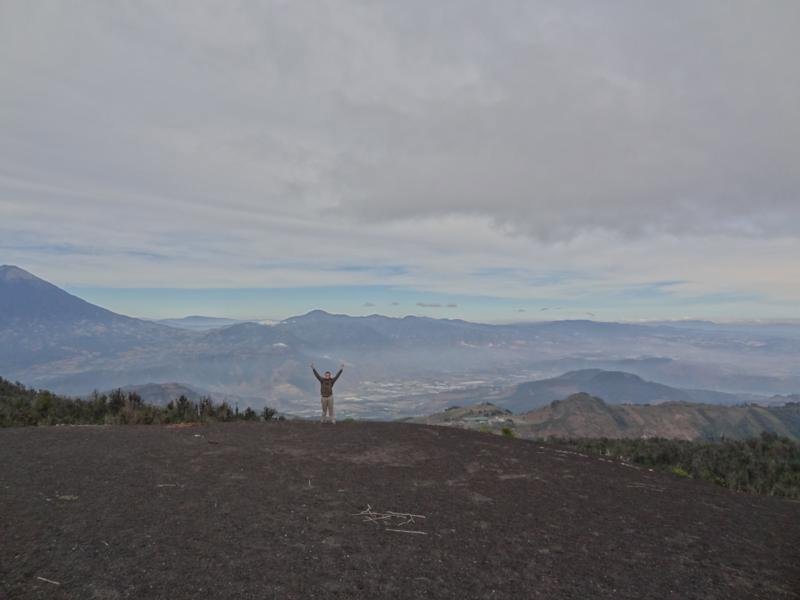 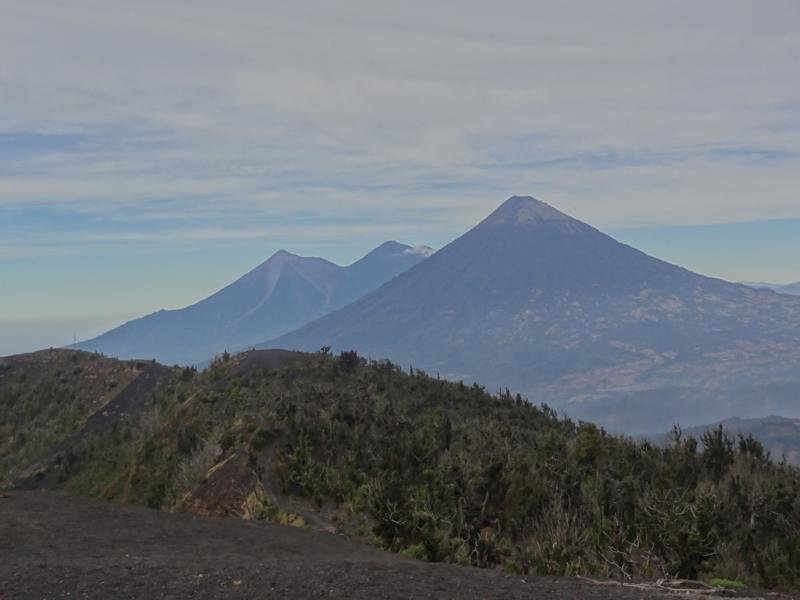 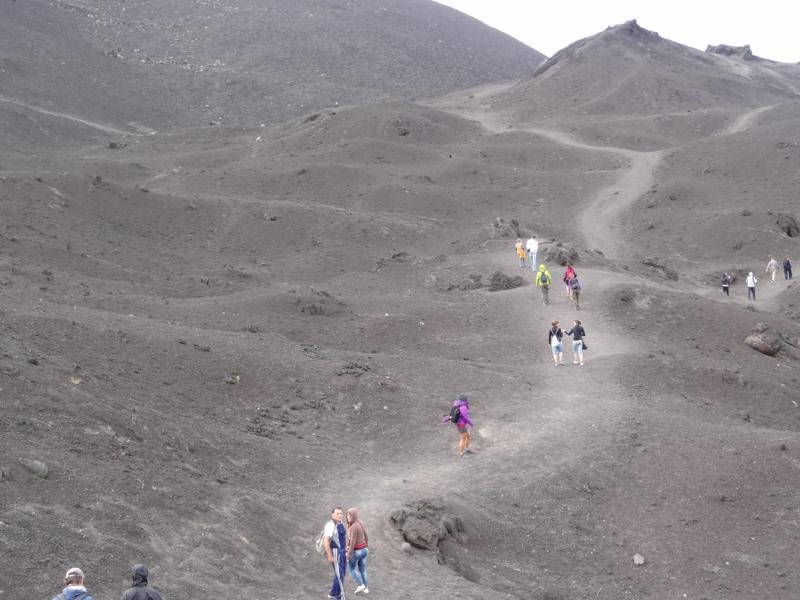 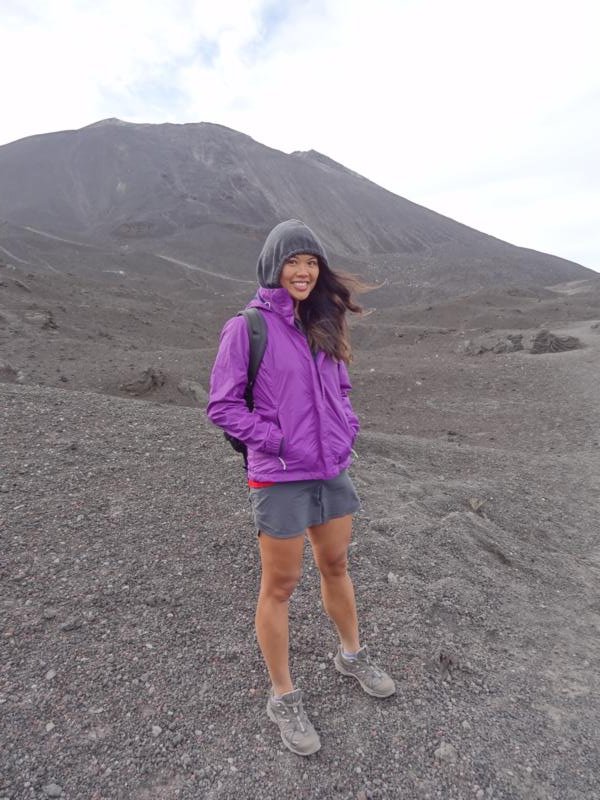 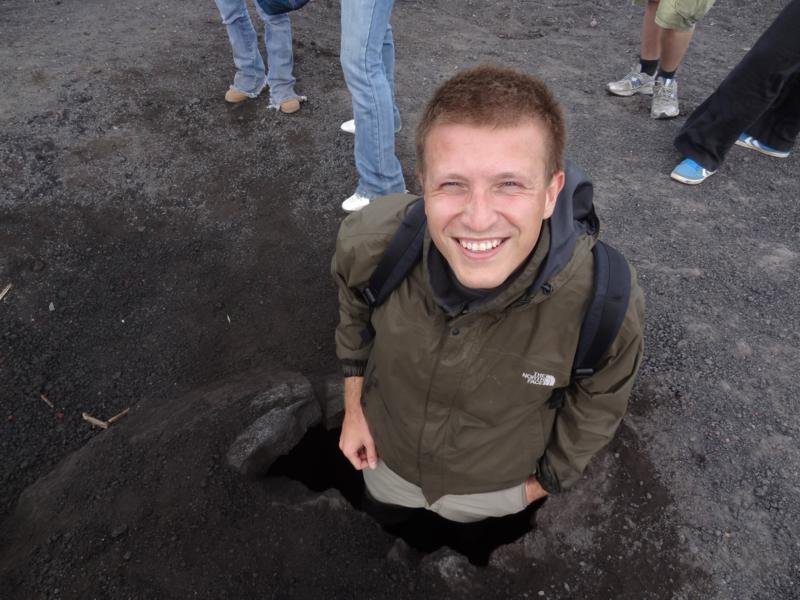 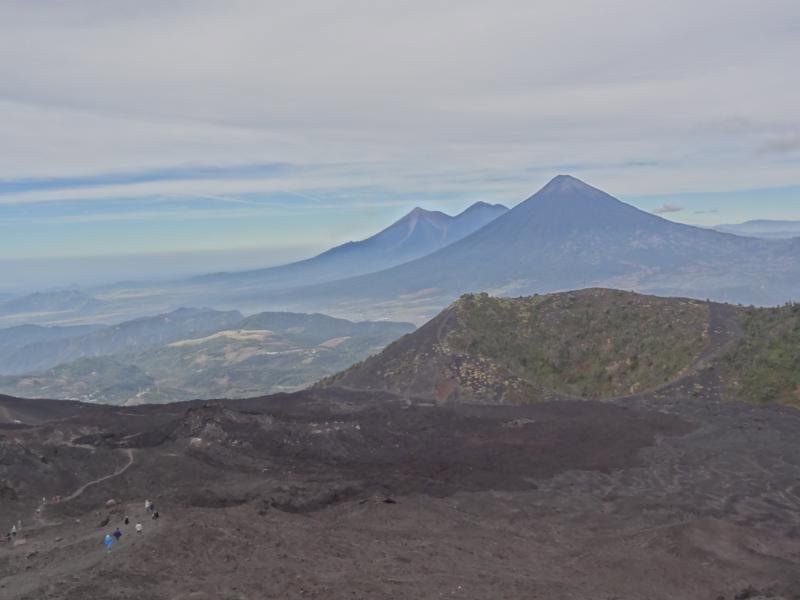 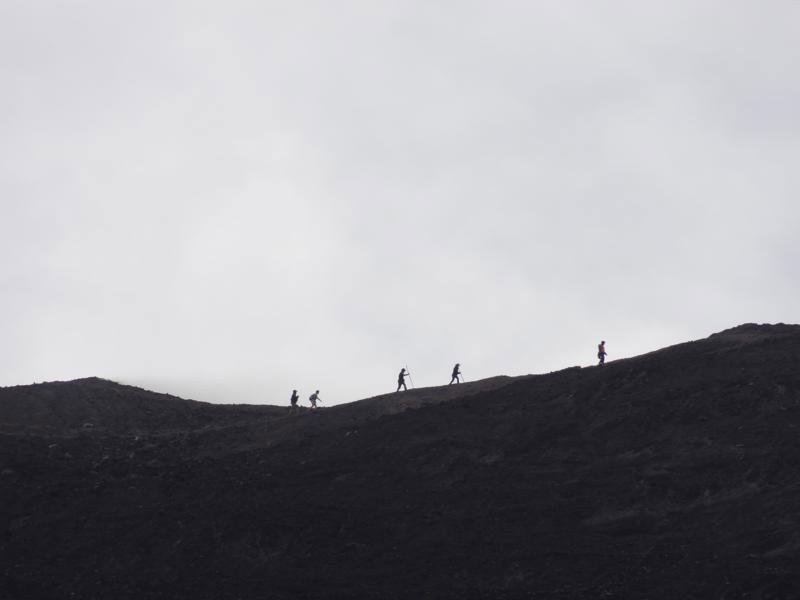 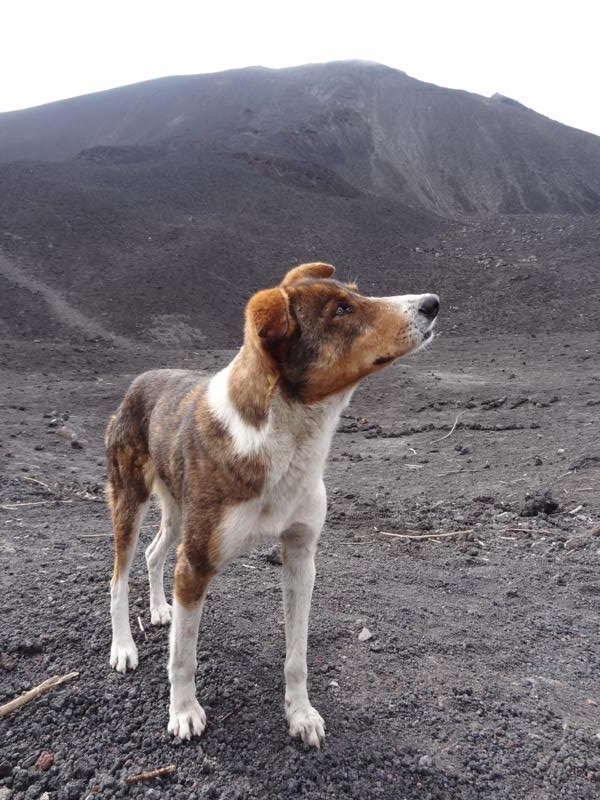 Keeping track of Budget and other boring stuff

We did a bit of a check today to see if we should maybe be planning to be back by Easter, because we will run out of money, rather than in August as planned. As it turns out we are actually just a bit over budget and there are some good explanations on why we went a bit over (Just to be clear, this means we're good to go until August!). The original estimate of the first 20 days of our trip, including the flight out, was $3,190 for both of us total while the actual cost was $3,450. This means we are about $250 over budget, however when we did our estimates we forgot to take into account the increased costs of the Christmas season. The $3,450 figure includes Christmas presents and also the increased rates that hotels charge during this season.

The good news is that we originally planned to fly from Belize to Nicaragua, which would have been $300 each, while we are now going to be taking a bus from Antigua Guatemala to Managua for only $100 each. This means that we should hopefully be back under budget by next week. The bad news is that we are likely to go right back over budget shortly after. The Nicaragua budget per day for both of us is $70 which would normally be very possible, but unfortunately during the Christmas break and New Years all hotel rates double. This means that instead of paying $30 a night for a room we will be paying $60 that week. This leaves only $10 per day for everything else which is clearly impossible. However, I'm sure in the end it will all even out.

I also wanted to put the $3,450 figure in perspective. That's approx. $600 per person per week. This is less than even the cheapest Cuba all-inclusive you can find. Let's also remember that this $600 includes ALL excursions, trips, meals, drinks, presents, transportation and accommodations. I am also pretty sure the food we're eating is better than all but the most expensive resorts. I love backpacking

Mad rush to get to Tikal Temple IV

Imagine sitting on top of the highest temple in the mystical Mayan city of Tikal, watching the fog part and the sun rise above the jungle revealing the tips of the other Mayan temples, and all this while listening to the morning jungle chorus. It's a sight very few people get to see but this is what we wanted to experience when we made our mad rush to get to Temple IV in Tikal.

The problem is that in order to get to Tikal early enough to see the sun rise you have to leave Flores at 4:30am. Hence we got up really early at 3:30am after spending the previous day preparing our breakfast and lunch. We ate breakfast on the bus to Tikal and asked the driver to drop us off at the entrance instead of taking us to a restaurant first like he did with the rest of the people. Since he gets a commission if you end up eating there we were worried we might have a fight on our hands, but as it turned out he was very nice about it and even got someone to walk us to the path into the ruins. We were informed by our awesome host Alfred from Hostel Yaxha that we should head straight to Temple IV passing all the other ruins if we wanted to have any chance to see the fog part and the sun rise. The jungle chorus on our way was truly awe inspiring.